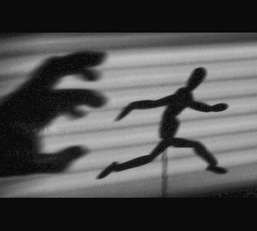 When the human organism (or most any animal for that matter) is confronted with some kind of threat, the system is designed to switch into a kind of overdrive. We have all experienced this in one way or another - that tendency to get defensive when someone or something challenges our sense of safety or freedom or identity. This is the role of the Sympathetic Nervous System, which is also designed to help us engage in activity with the world around us. Only in a threatening situation does it trigger the automatic response of fighting or fleeing. Much research has been done on it & its role in anxiety, panic, trauma & PTSD. Peter Levine’s research observing wild animals shed much light on the reasons why some humans tend to be prone to Post Traumatic Stress Disorder & this is shared in his book “Waking the Tiger: Healing Trauma”.

In my experience both with myself & others I have found it useful to utilize a 3 part assessment when feeling triggered by some threat (real or perceived because the mind does not distinguish between that which is imagined & that which is “real”). First it is indeed useful to discern if there is a Tiger - or a real threat - ready to eat us. If so then your nervous system is functioning fine & acting on the impulse to fight or flight is probably a good idea.

If we deduce that there is no actual present threat (or we have blown it out of proportion), it can then be useful to check into our inner senses & see if there is an old memory or experience that is being re-activated by the current situation. If there is then it is useful to take it as an opportunity to work with this old residual imprint in order to gain greater freedom & defuse this old & outdated response. The somatic exercises offered in the “Anxiety Self-Help” section of Blue Earth Awakening offers some basic ways to begin to explore this.

Lastly, if neither of the others it true, then I have found that it is likely to be my Soul guidance or intuition saying “don’t go this way”. And as I have cleared more & more of my own trauma patterns this third aspect has begun to get stronger & more accurate in guiding my life. It is this 6th sense that can begin to align & respond to synchronicities that far exceed our cognitive abilities to predict & plan our best course of action.

Fight: Personal and Collective Anger
So when does the “Fight” response actually serve us in our modern day culture beyond the adrenaline charge that helps us fight off a purse-snatcher? The ability to utilize this force has traditionally been relegated to the male gender of the human race & its imbalance has had a devastating influence on our tendency for conflict & war. Yet I have also seen how this repressed impulse in women can have a very different & equally devastating effect. For it takes immense energy to repress this powerful force within us, especially for a long time.

So it is very common to find repressed anger lurking underneath symptoms of helplessness, hopelessness & depression. And often it is by coming in touch with this festering anger or even rage that self-destructive, pent up energies can be transformed, along with the symptoms that it can cause or exacerbate. I have also found that often women with heightened sensitivities are actually sensing the repressed collective anger of the culture & this is in effect overwhelming them. And so it is not always necessary to specifically identify what the issue is that caused the anger as much as to find the place in the body where it has been stored. For when we begin to utilize our micro-awareness in tandem with certain neuro-somatic exercises or techniques, we can liberate this held tension & find ways for it to dissipate through our bodies giving much needed release & freedom to the body & mind.

Flight: Grass is Always Greener Syndrome
There is also a tendency that so many of us have to believe that if we just find somewhere to start over that things will be perfect, or at least better? The Jack Kerouac image of the person riding into the sunset & leaving the cares of the world behind are imprinted in us all. The only catch is that most of the time the impulse to keep leaving doesn't stop & some of us eventually wonder if we are really leaving anything behind at all?

Yet when one opens up to a Path of Spirit one is often called to a very different lifestyle than we have generally been conditioned with. The possessions of convention often seem more like burdens rather than luxuries. So what then are we to do when we feel this urge? For me it is the ability to once again go back to cultivating that "Peace Core" within me and waiting (which can be the hardest thing b/c the system is set to bolt right!?!) for clear inner guidance that endures. This is where the 3 part assessment can become very useful.

For if we allow it, the fight or flight mechanism of our nervous system will keep it in constant flux if we are triggered by fear. Our mind will keep darting around trying to find a way out. So this is when the somatic-exercises I've offered in the Anxiety Self-Help series can be helpful, because they can discharge some of this old fear impulse, thus allowing us to actually settle into the observer to assess the situation from a deeper & more objective perspective.

Ultimately no one else can determine if we should fight or we should flight. Perhaps it is both. But if we watch this automatic impulse first we will often find that something deeper and unseen lies beneath it. And perhaps we can learn it's lesson so that if & when we do decide to “leave” it will be of our own clear choosing & in alignment with our true Soul Purpose.

To explore this further I invite you to check out the somatic-exercises in Anxiety Self-Help. And if you feel that you need assistance in working through old triggers of trauma or conditioned beliefs that are limiting your natural ability to respond to the world you can find support in Neuro-Somatic Training.