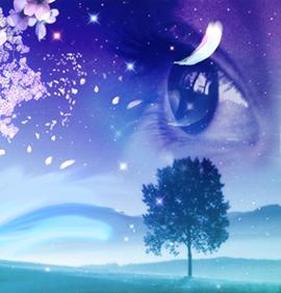 Manifesting "Virtual Reality"
For some time now I have been doing a great deal of reality testing related to manifestation & have experienced mixed results that were often confusing. I have spent considerable months & years of my life systematically testing the theories of Abraham/Hicks' Law of Attraction, St. Germain's guidance via Sir Godfrey Ray King, Siberian Vedic recluse Anastasia via Vladimir Megré, Pleiadian wisdom via Barbara Marciniak & many many more....still the mixed results & confusion followed.

I could clearly see that things would synchronistically appear in my life like magic, confirming my power to draw things & people into my life. Yet the overall circumstances of my life continued to plummet. Mind you I have also done years of deep inner work uncovering the "dark side" of my unconscious & so although there were/are still unresolved issues, I wasn't a walking ball of unconscious projections.

Finally in sheer exhaustion from trying "everything", or so it seemed, I surrendered into helplessness once again. Then Grace via a new online friend offered me a little video to watch. It was Gangaji inviting me to stop everything, just for a moment. The key for me was that she said I could go right back to my striving afterward, but to just try stopping for this moment & experience that. You see I have also spent ten years of my life committed to zen buddhism & the non-dual perspectives it offered. And I must say I got very good at "Zen" as a form or a teaching or an impressive body of knowledge!?! Yet even then the extreme vacillations in my life not only continued, but actually got worse!?

I cannot explain what began to happen in that simple little invitation to stop for a moment, but after years of studying the nervous system I can tell you that my whole organism responded to it instantly. Without numbing or fantasizing or altering my "state of consciousness" all systems began to relax. It may be useful to add here that I have experience states of satori - sudden enlightenment, spontaneous kundalini awakening, vast states of cosmic consciousness where I merged with nature & people, profound visions that guided my life, & deep states of peaceful samadhi.  But the extreme vacillations continued on.............

Perhaps it was reaching a point of "ripeness" as it has been referred to, but finally, the simplest of invitations - without bells & whistles or ceremony - penetrated something. I realize how deeply I wanted to stop all of my scheming & planning & analyzing & solving....especially since it was so much damn work & seemed so unsuccessful. So I welcomed this new possibility & slowly, I began to realize that if I simply allowed myself these "breaks" in my day to stop everything, my energy & the energy of my life started to shift & relax in very subtle ways.

Yet I will admit that I simply couldn't dismiss the amazing experiences of the rest of my life as simply an illusion or a lie that were serving to deceive me. And I began to realize that my deepest prayer, that trumped all of my attempts at manifesting anything beyond my mundane wishes, was to understand the true nature of reality. So my prayers continued to try & discover how both things could possibly be true simultaneously...my ability to manifest reality & this invitation to stop manifesting anything.

Low & behold, one day another simple you-tube video by Adyashanti answered my question. In it Adya offered that of course we are able to manifest reality with our thoughts & feelings & actions, but it is a "virtual reality". If we want to master creating virtual reality than there are myriad teachings that offer guidance. But if we want to know the Truth that exists before & after this ephemeral, virtual reality that is based in duality & the belief in our separateness, then we need to allow ourselves to stop & see what else is here. For the problem does not lie in the manifestation, the problem lies in the conditioned, consensus belief that what we manifest is "ultimately real."

And as I relinquish this need to control my life with my mind & my heart & my actions more & more, my life experience softens a bit around the edges. It's not that all the people are nice & the sun shines more & I am "happier", but I simply don't react to everything within & around me with the extremity of before. It is easier, with these breaks, to simply watch & see when I am clinging to some belief & just noticing it gives it permission so shift a little. And over time "I" am not so invested in life's outcome. "I" am more invested in simply relaxing into life & stepping out further & further into "the world out there". And so the "mission" of Blue Earth Awakening shifts along with me & I invite you to consider the possibility of stopping everything, even your search for awakeness, for just a moment & notice what is here already.
♡Jeanette

Below I share a link to this little video of Gangaji, just in case you want to check it out & see how your organism responds to this invitation..................